Home » Blog » About Time for Barleywine

Ah The Herc! Its history is as rich as the beer itself. 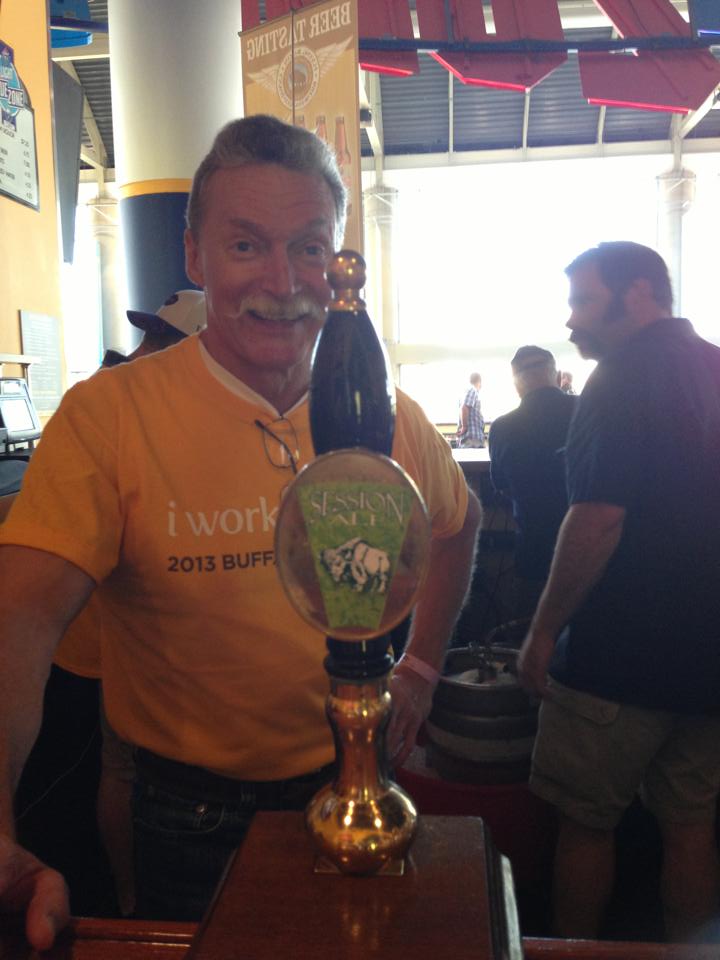 In short, The Herc is our barleywine of British and American descent. By that I mean a substantial amount of British Pearl malt is the backbone with heavy-handed additions of high-alpha American hops supporting the malt assault. It boasts a substantial sweet and bready body with caramel tones and is balanced by a stiff bitterness. We let this beer sit and condition around four months before packaging it and encourage folks to buy several bottles: some to enjoy fresh and a few more to cellar. After a few months and years sherry-like flavors develop and the malty caramel notes really shine through. This beer has been a mainstay at Flying Bison since the first batch was brewed in 2005, but this is the first year we sent it out to the general public; it has been previously exclusively available in our retail shop ( I suppose retail ‘area’ is a little more fitting ).

The story of this beer begins with the mighty Paul Jackson, an original Sultans of Swig homebrew club member and Flying Bison investor. You can find him filling kegs and cups during brewery retail hours most Saturdays and can be described as nothing short of a force in the WNY brewing community. He brought his barleywine recipe to our hectoliter pilot system so we could brew something a bit more high test. With plenty of hops of course. Paul forewarned us about the amount of hops we would be using with an explanation: “I want to be able to taste ’em 5 years down the line.” So, once again, aging is as encouraged as fresh enjoyment.

Enter the United States Air Force. A group of Hercules C-130 pilots operating out of the Niagara Falls Air Base began frequenting the brewery in their off time. Upon asking to be involved in a brew, they were invited to take part in brewing a special strong ale on our pilot system. A few months later they tasted the results and emphatically approved. The enthusiasm inspired us to add the brew to our line up. So with Paul Jackson’s approval The Herc was born, not only as a special new offering for our customers to enjoy, but also as a tribute to our friends working hard and sacrificing in the armed services.

So come and snag some bottles from the brewery and keep your eyes peeled for it when visiting better beer establishments. But do so soon before it disappears for another year!

Make sure this account has posts available on instagram.com.