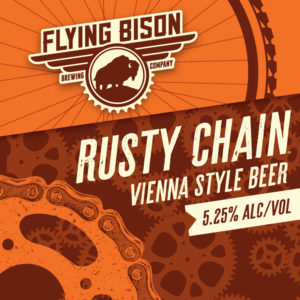 Light bodied golden beer in the Munich Helles Lager style. Very balanced flavor with soft malt & wheat aromas, and a crisp noble hop finish from 40 days of cold lagering.  It’s a great “first beer of the day” that matches well with lighter tasting foods, milder cheeses or great all on its own. 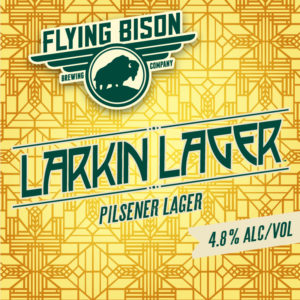 The newest addition to our year round line up. This is a well balanced American IPA made with all American grown ingredients.

We enjoy brewing all sorts of different styles of beer at FBBC. One-off’s and smaller batches are how we have some fun around the brewery. Some of them are only available on draft, some in bottles and some in both. These styles are not always available and some disappear very quickly but they’re all delicious. We use Facebook and other social media to communicate which of them are currently available. So, give us a follow for the latest at FBBC. Cheers!

5.5% ABV – Buffalo’s favorite Red Ale, and one of the first beers we started out brewing. Ruby red & malty with medium body and spicy hop signature to balance. Drinkable on its own, but full flavored enough to pair with your favorite foods like BBQ, beef on weck, roast pork, and anything spicy. Available in bottles and draft. 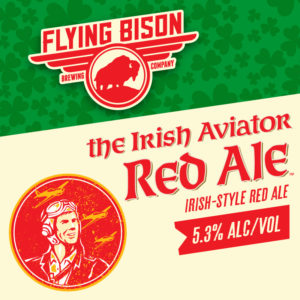 Brewed as an homage to Polish tradition in Western NY, and will appear in stores prior to Dyngus Day (the day after Easter).  Polonia Pils pours a straw yellow with rich, white foam and an herbal spiciness from the Saaz hops.  A soft malt note complements the spicy, floral hop characters of the Hallertau & Saaz hops.  Lagered 40 days for a crisp finish. 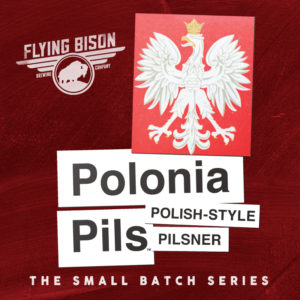 Kölsch is a style of German beer native to Cologne (Köln) and is one of the most drinkable beer styles on the planet. We use Pilsner malt and a bit of malted wheat for a light body & soft malt flavor while German hops balance the sweetness, flavor and bouquet. The first beer we ever made, under the name Dawn Patrol Gold. 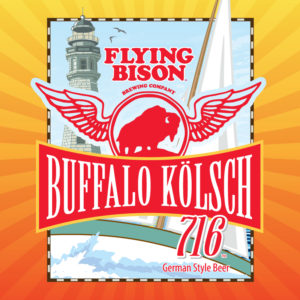 Bisonfest is brewed with care and tradition so you can enjoy the Gemutlichkeit (a German phrase meaning: ‘a feeling of contentedness, comfort and relaxation’) whenever you drink the beer.  We brew it with a variety of German malts to give the beer its rich malty flavor and orange-amber color. The spice of the hops balances this beer perfectly. Available towards the beginning of autumn. 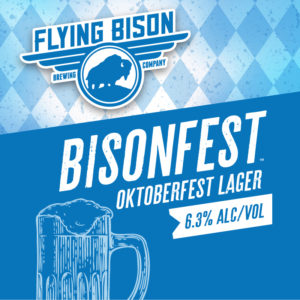 This is a classic German-style dunkel bock. It has rich, toasty malt flavor with hints of soft chocolate. The German-style hop varieties are subdued to allow the malts to star in this satisfying beer. It got us through some of the worst winters in recent memory, it can get you through anything. 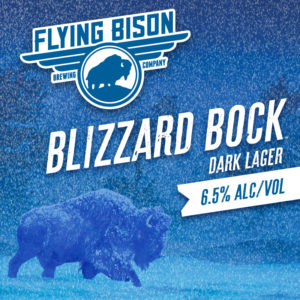 A smooth oatmeal stout; part of our brewing tradition for the better part of our history. Rich & satisfying enough to stand up to bolder tasting fare, yet light bodied enough to have more than a few. 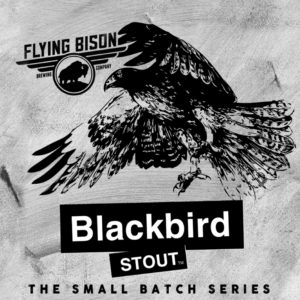 Rich, malty ale in the Scottish style.  MacBison has been our official holiday beer since the beginning, and saw it’s first release in bottles in fall of 2017!  It has a decent amount of alcoholic strength and malt sweetness, but not too heavy a body and not too dark a color.

A trainload of hops go into making this extremely hoppy, but very mildly bitter India Pale Ale brewed with US & Aussie hops to give the illusion of tropical & citrus juice.  The majority of the hops do not get boiled, therefore less bitterness is extracted and more delicate fruit-like aromas and flavors are imparted to the brew. 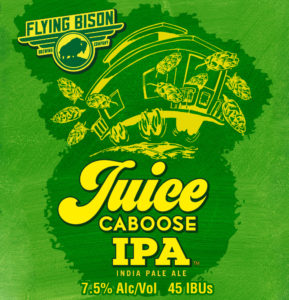 This beer honors the recent groundbreaking on Paula’s Donuts’ new Larkinville bakery & store located next door to Flying Bison Brewing. Brewed with a variety of dark malts, peanut & vanilla, this 8.0% dark ale will have you craving breakfast all day long. 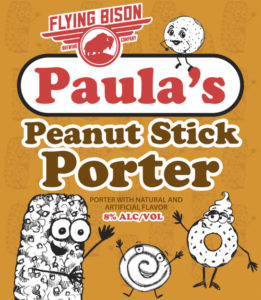 Brewed in collaboration with Spot Coffee’s roastery and original location  in downtown Buffalo.  Freshly roasted beans selected by Spot’s roastmaster go into a strong Milk Stout to make this one of our finest and most flavorful beers. Look for a bourbon-barrel-aged version in 2018! 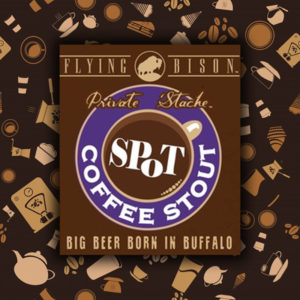 All American hops go into this easy-drinking yet flavorful India Pale Ale.  Whether it’s after a long ride or a day of working in the sun, there are times you just want something refreshing but don’t want to sacrifice flavor.  For those times, we like to to kick it into Low Gear.

Available in our mixed 12pk packs & on draft throughout the year. 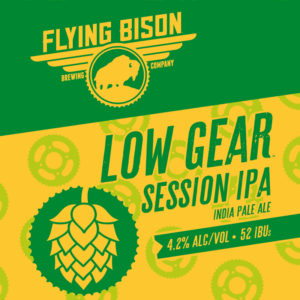 Based on the recipe for our summer seasonal, Buffalo Kölsch 716, this light-bodied German-style ale featured pureed blackberries and blueberries for a fruit-forward nose and a touch of pink color.  The finish is dry, refreshing, with a bit of tartness rather than sweetness coming from the fruit. 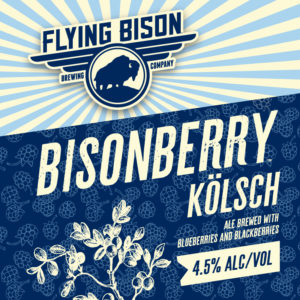 Big, bold, unfiltered Barleywine brewed to honor our military friends.  The strongest and most cellar-able of our beers; patience will reward the drinker with more vinous and caramel notes over time.  Batch 2016 is available for sale at the brewery in both 4pk bottles and 5 Gallon kegs. 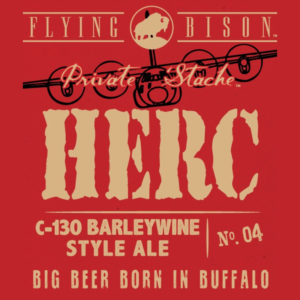 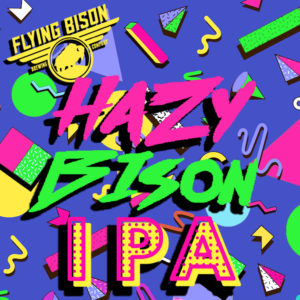 Double Thundersnow is a stronger recipe of our unfiltered Thunderstorm IPA. We chose Denali and Glacier hops to evoke thoughts of snowy winter as well as the lush tropical aromas and flavors of pineapple, lychee, and mango… Like a tropical storm colliding with the Northern winter. 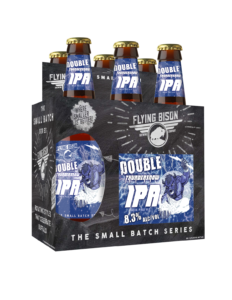 Thundersnow IPA is an unfiltered, soft and hazy  IPA brewed with Amarillo, Simcoe and Citra hops, providing a blast of citrusy flavor this Winter Season.

Following the inaugural Erie County Fair homebrew competition at Hamburg Fairgrounds, this winning recipe American Pale Ale was picked to be brewed at Flying Bison & served at that year’s Erie County Fair.  Complex malt notes for an APA, yet the blend of seven US hops is not to be outdone.

It is now brewed & bottled every summer alongside the current year’s winner. 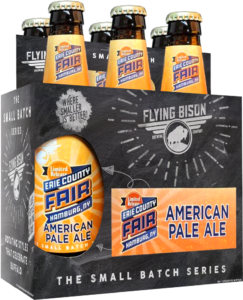 Our brewers enjoy experimenting with many different flavors and styles that can vary greatly from our normal brews. They’re only available at the brewery in the tasting room but if you’re lucky you might be able to snag yourself a growler. And if you’re really lucky you might find one of them hooked up on the handpull!  Some, unfortunately will only pop up every few years.

The following beers have been enjoyed over different periods of time, but have been taken off the roster and are no longer available.  That doesn’t mean, however, that they can’t pull a Michael Jordan (or more recently, Anquan Boldin) and magically un-retire themselves at any point in time.

Tours will be offered on Thursday and Friday @ 6pm, and Saturdays @ 1pm & 4pm.